Eleven months after my last post – almost to the day – I’m here again, making an effort to reboot this blog into something that’s sustainable for me and interesting for you. You’ll notice a lot of similarities in layout, style, and design, but some changes in terms of title and content. Part of what has hindered me in the past is the idea that a blog has to be “about” just one thing to gain interest, and I’m very bad at that. I have a lot of varied interests and so far there’s not one dominant one that takes up enough of my time and energy to be worth blogging about day in and day out. So I’ve scrapped the “Eboracum Knits” approach, although you will certainly see knitting content! Instead, you’ll see varied snippets from the eclectic life of Celia York. (The first interesting tidbit for some of you might come from my choice of moniker. Check out the header, or my twitter feed. Eboracum was the Roman name for the city of York in Great Britain. As a history and classics nerd, this reworking of the surname York just felt right!)

So, you ask, what have I been up to in the past year? Here are the highlights!

I have certainly not stopped knitting! Rather than try to show you everything I’ve done, I’ll just show you my most recent FO, a pair of fingerless gloves for a friend. A quick and easy knit!

This is part of what ate into my blogging time. Prior to this, I was doing the full-time student gig. You probably won’t hear too much about work in these pages. Although I do love my job, it isn’t something that I’m driven to share as blog fodder. I throw myself into it wholeheartedly and spend a lot of my personal energy on it as well, so while it may spill over into the blog sometimes, it won’t be the driving focus. I’m striving to keep the spotlight on my personal pursuits outside of work, as part of a greater overall work-life balance.

I bought a bow and took up archery. 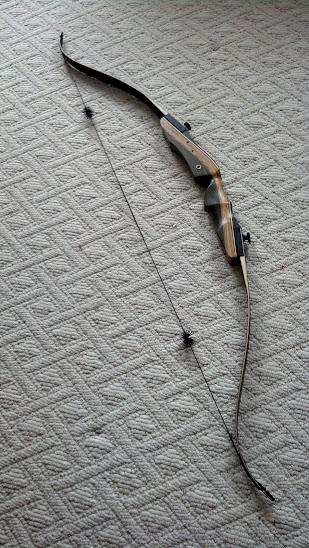 This is my bow, a Samick Sage Takedown Recurve from Lancaster Archery. I went to a Women’s Day at my local sportsmen’s club in August, and did a few hours of archery there. It was my first time shooting a traditional bow (as opposed to a modern compound bow) and I was absolutely hooked. I took a lesson, bought a bow, hit the archery range with a friend of mine, and have been going to indoor archery nights at the sportsmen’s club as often as the weather allows.

This brings the total to three cats, two dogs, and one lizard. That’s house pets only, mind you; there are still chickens and Muscovy ducks in the barnyard department. His name is Grendel, and he was basically an accident – he just turned up one day needing a home. Gratuitous kitty picture! 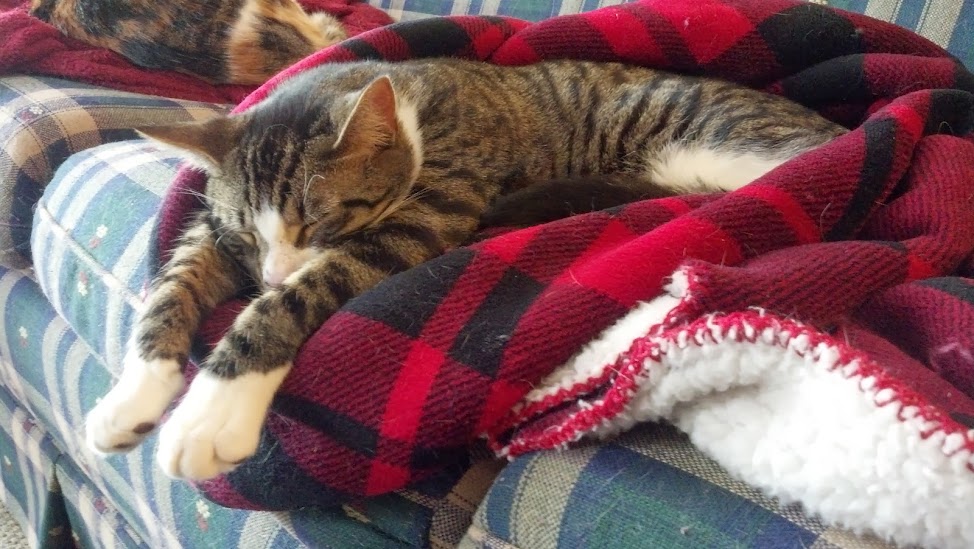 And on that bombshell, it’s time to end. See you next time!